Spectacular renovation of a house like two-level condominium in the heart of the Chestnut Street corridor offering walk-ability to the finest of shops and restaurants!

This extremely well appointed 3BR / 3 BA home has been renovated to include state of the art appliances and timeless upgrades for even the most discerning clientele.

While maintaining the vintage details of this 1938 Rousseau and seamlessly incorporating today’s contemporary design elements and updated systems the construction quality and open floorplan make this a very convenient and functional space.

Upon entry to the foyer you are greeted by period detail and soaring ceilings in the living room and timeless molding detail in the dining room.

Renovated in 2017, the kitchen features sharkskin gray ceramic flooring, new subway white tile backsplash and features white princess quartz counter tops. The stunning stainless steel appliance package features a state of the art Thermador range, oven, and dishwasher. With upgraded LED and lighting throughout. The eat in breakfast nook is the perfect setting for coffee in the morning as it is awash in natural light through the lightwell.

The two ample sized bedrooms on the main floor each have access to their own full baths and both feature sliding doors to the outside balcony overlooking the beautiful magnolia tree and very private garden and seating area. Each bedroom includes recently installed hypoallergenic carpeting and features ample closet space with upgraded contemporary recessed lighting.

Also included is two car tandem parking and an abundance of additional storage in garage.

This property was seismically upgraded w steel beams, footings, and new sheer wall in 1990 and again in 2000, per 3R report. Buyer advised to investigate.

Very unique layout in that only a 1 BR unit is above this unit with no unit above the back half of this condominium - please note schematic cross-section plan - attached. 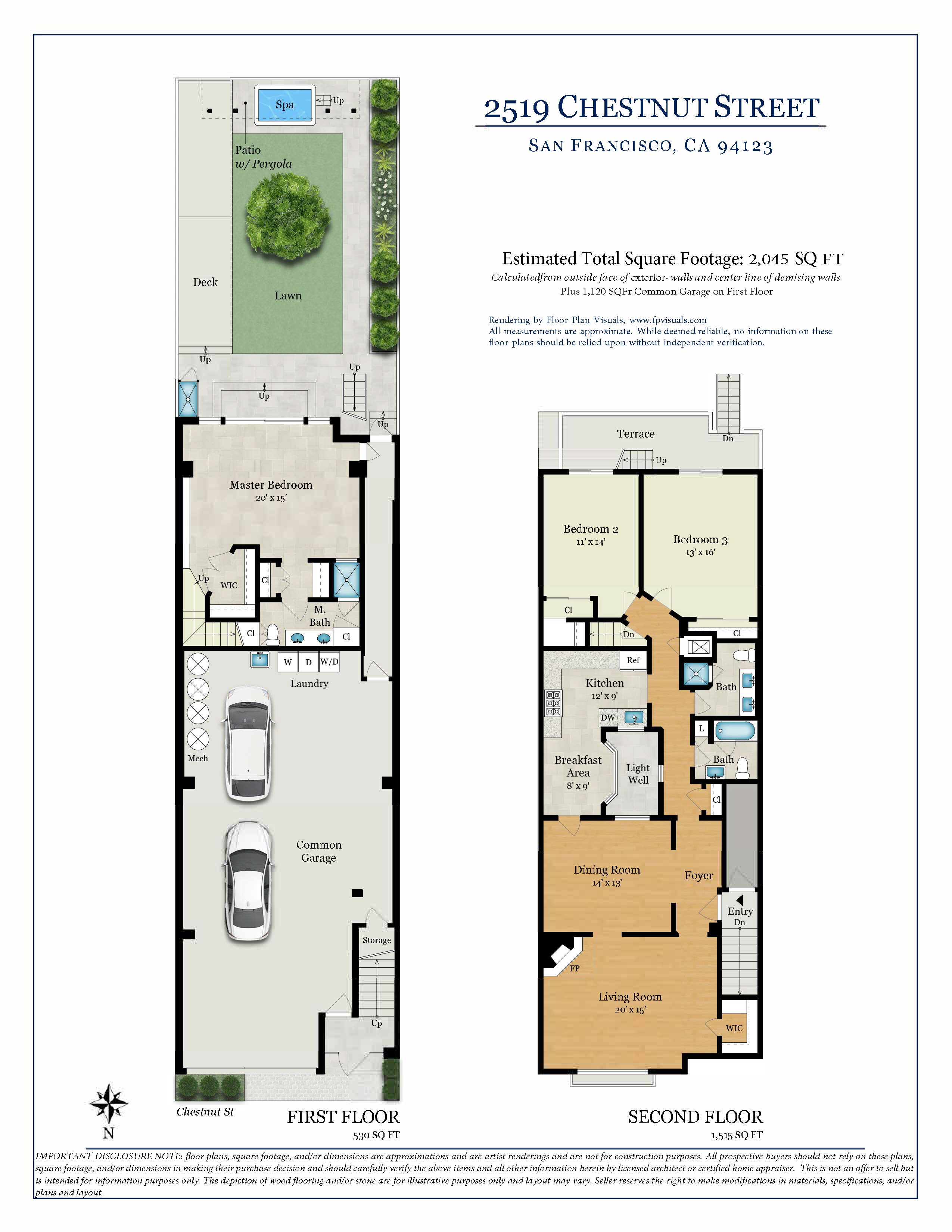 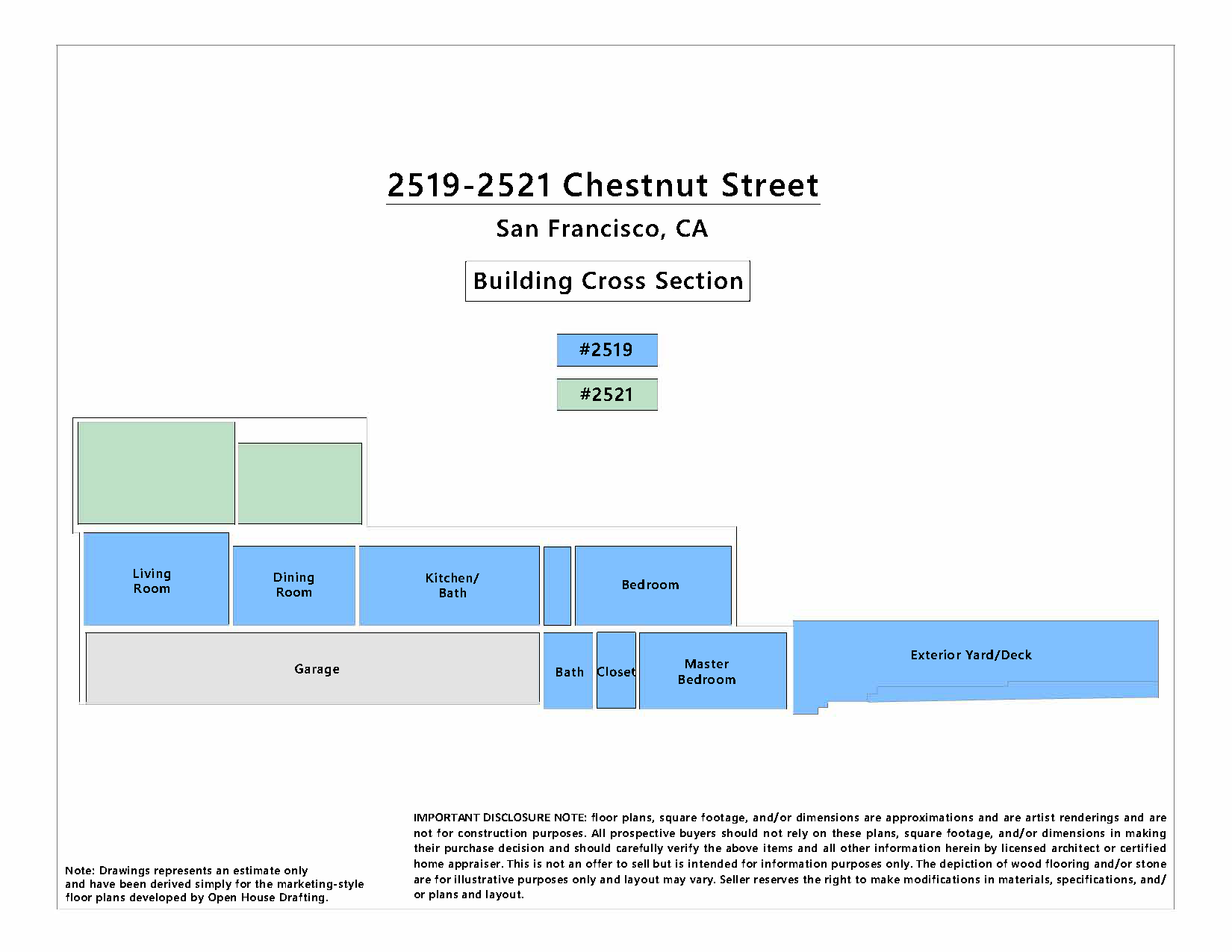 Bordered by the Presidio National Park to the west and Russian Hill to the east, and with more than a half mile of waterfront, the Marina District is in an undeniably enviable location. Prior to becoming a residential neighborhood, the Marina was the site of the 1915 Panama Pacific Exposition, a world's fair hosted by the city of San Francisco. Thus, it is a relatively young neighborhood only about one-hundred years old and its current residents likewise reflect the youth and vitality that the Panama Pacific Exposition was meant to showcase. In terms of commerce, the Marina has a clear axis on Chestnut Street, one block north of Lombard Street, its boundary with Cow Hollow. Chestnut Street offers a variety of international cuisine, cafes, bars, and retailers, with a noted focus on fashion and athletic apparel. In terms of recreation, the Marina's center is the waterfront, whether on Crissy Beach in the northwest, on Marina Green, or in Great Meadow Park, all of which afford dramatic views of the Golden Gate Bridge. After serving as an Army post and military port for more than 100 years, Fort Mason, in the neighborhood's northeast, is now a Center for Arts and Culture, hosting performances and exhibitions, as well as a Sunday farmer's market.

One piece of architecture remains from the Panama Pacific Exposition: the Palace of Fine Arts, designed by celebrated San Francisco architect Bernard Maybeck. Comprising a rotunda, a sprawling colonnade, as well as an extensive exhibition hall, Maybeck envisioned the complex as a simulated Roman ruins. That visual drama is undeniable when one glimpses these structures from across the lagoon, which today serves both as a reflecting pool and as an important wildlife habitat. While the Palace of Fine Arts anchors the western edge of the neighborhood, articulating its boundary with the vast and varied parkland known as the Presidio, another notable aspect of the Marina's architecture is found throughout its miles of residential streets and even beyond its borders. Emerging during the building boom of the 1920s that followed the Panama Pacific Exposition, Marina-style architecture combined the Mission Revival style with Art Deco. With wide, front-facing bay windows and generous interior spaces, it defined an era of San Francisco's residential architecture and it continues to prove eminently comfortable and versatile in the twenty-first century as well. Originating nearly one hundred years ago and supporting the vivacious lifestyle of San Francisco's north waterfront through the present day, Marina-style architecture is the perfect emblem of the neighborhood after which it was named. 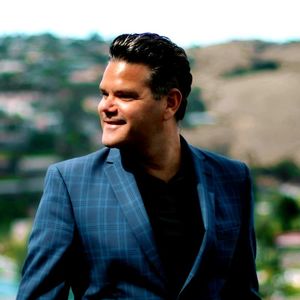